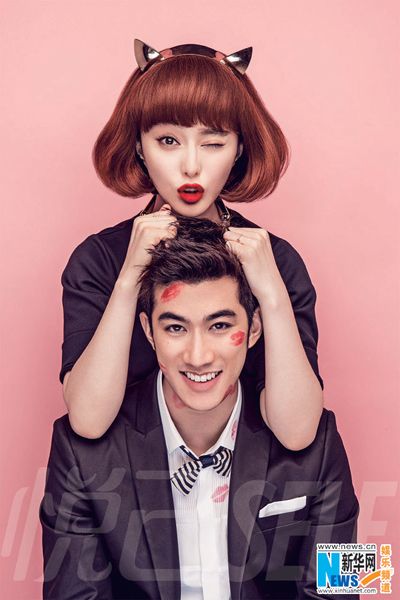 He doesn’t have Instagram, Facebook, or Twitter! I’ve never known of Aarif Rahman’s existence until this drama – I showed my sister while I was watching the drama and she’s like “Oh, 李治廷. He looks like Lee Hom”. I’m like WHAT how did I not know of his existence. Apparently he penned lyrics for Janice Vidal and won a lot of awards for acting – but since I don’t watch a lot of Chinese movies, I didn’t know of his existence until now.

I’ve watched some of his interviews and he speaks impeccable Mandarin and Cantonese.


Swooning over his boyish charm but he’s actually 27 years old. He’s just blessed with one of those boyish young faces. I guess the Emperor’s outfit adds on some size because he’s actually not as built as I thought he would be in modern clothing. Still, some actors don’t look as good in modern-wear but Aarif looks still looks so handsome.

He actually grew up in Hong Kong – I’m so surprised. I feel like he’s made more of a name for himself in China more than Hong Kong. I wish he had instagram or twitter but all I can do is follow his WeiBo…

I leave you with the song from Empress of China that he composed. I’m just so surprised that he’s so talented – he can sing, act, compose, write lyrics, and produce – why isn’t he huge in Hong Kong? I guess the Hong Kong market is so dead now (let’s be honest, TVB and the singer-quality is going down) that they couldn’t recognize good talent.