The ‘Setting the Circumstances’ Stage

So following those episodes, we’re ‘setting the circumstances’. The drama is called the Lady and the Liar right? Qian Jing Nu Zai – translating into socialite and thief, so in this stage, it pretty much sets the circumstances and explains the title. 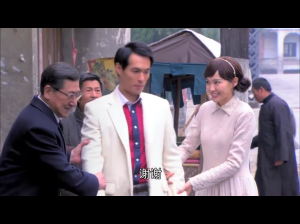 We start off with Jie Wen taking Jiang Xing out for a date. I think they’re honestly so cute together and it makes me sad that they won’t be together in the drama. I feel bad for him because of his eyes and how it makes him feel insecure, and since Jiang Xing was the only one was to open his heart up… Sigh, this couple. 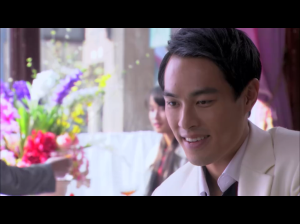 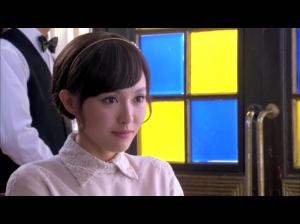 Their sets are very elaborate and beautiful, and I’m finding the female lead to be more and more attractive. I didn’t really care for her looks before, but I’m finding her to be really pretty. She looks better with her hair up though.

Jie Wen ends up taking her up to waltz – which he questionable leads her to the dance floor. I mean… he is blind right? He weaves through the flowers and tables pretty successfully without a blind stick.

Ahem. Then out of excitement, he decides to take her to dine and dash even though he’s loaded. Dining and dashing is never cool, ok?! So irresponsible. Ok I guess that’s an irrelevant point, but I was very unimpressed. 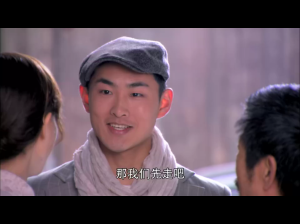 After their date, Bai Lang invites her to dinner. She initially refuses, but after his sidekick Shi Tou pressures her more, she agrees. 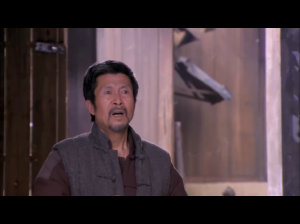 They head to dinner and the set is so gorgeous. I’m so glad they set it in the 1930’s – it’s so refreshing and we don’t get to see a lot of dramas in this era.

He thanks her and gives her 10 000 dollars for saving him. Turns out back then there is a 10 000 dollar bill. She refuses to accept the bill because morals, integrity, etc., but he told her that he’s never taken back a gift from anyone so if she doesn’t want it, she can just rip it up. 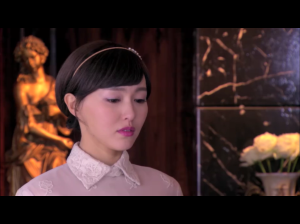 IS that Mary Sue persona unrealistic or what? Ok it’s fine, I forgive you, producers, for making such an unrealistic character, because Bai Lang is unrealistic too.

Suddenly, Bai Lang is lead out of the room because Bai Yuan has something for him, to coincidentally a room also inside the same restaurant. I mean, what are the chances that it’d be so convenient? 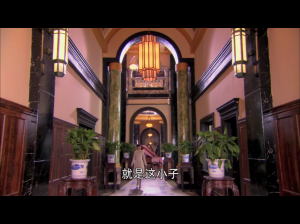 She pretends to go to the washroom, and she sees Du Xiao Han’s brother being murdered through a crack (again, conveniently). 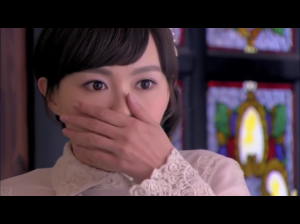 You could pretty much hear her fake gasp through the screen 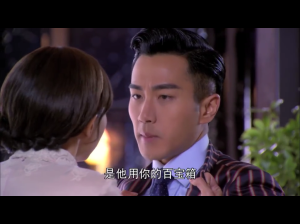 She confronts Bai Lang, and tells him to never find her again, and that she would never ever want to see him again. That is definitely a blow to his confidence for a guy that gets the love of any woman. 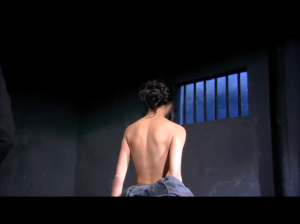 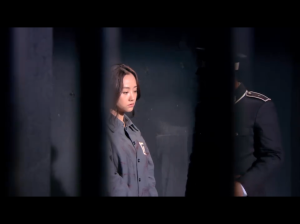 Meanwhile Du Xiao Han, arrested, is in jail. I feel very bad for her. The policeman promised her release for the exchange for sex. Her circumstances seem so sad.

Meanwhile, Jiang Xing pawns her necklace with the lotus leaf coin that she’s been wearing all these years in order to get money for her father’s sickness. The pawnshop owner immediately recognizes it as the one that the Ye family has been looking for all along. 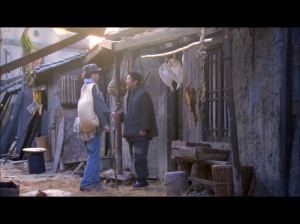 Also, the area that she lives in suffers from hoodlums and gangsters asking for money and threatening the villagers there. She immediately recognizes that his doing in order to get revenge on her. 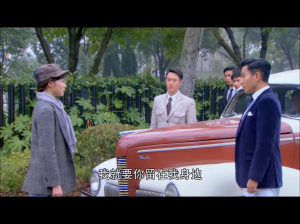 She confronts him. What will it take for him to stop bothering her and her family?

He replies with “To marry me”.

Wait, what?! Ok we are moving at an exponential rate here. You literally met her twice and you are one of the most powerful men in Shanghai, and you want to get married to a woman that you actually don’t know at all? I mean, later in the episodes, when she’s his fiancee, it proves to be harder that it seems because a lot of powerful political figures are against it, but I feel like that this was so unrealistic. It’s ok, it’s ok, we’re meant to fall in love with Bai Lang at all costs, so plotholes are forgiven. 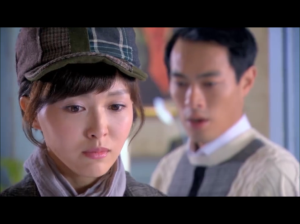 Jiang Xing breaks up with Jie Wen to protect her family. So sad. Jiang Xing threw out a lot of very hurtful words, saying that he couldn’t protect her, and that he wouldn’t even recognize it was her anyways, since he couldn’t see. 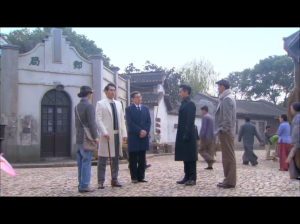 Bai Lang arrives to Jiang Xing’s living quarters to pick her up. She unwillingly packs up all her stuff… except Jie Wen shows up!!! Realizing that Jiang Xing was being forced into it, he bravely stands up for her to his older brother. Bai Lang asks for Jiang Xing’s decision, thinking that she would go for him, because of his status and the villagers lives on the line. She said “My heart will always stay with Jie Wen, if I had a choice, would go with Jie Wen. But if you insist on hurting the people around me, I will come with you (Bai Lang)”.

Except he creepily looks at them from afar afters. 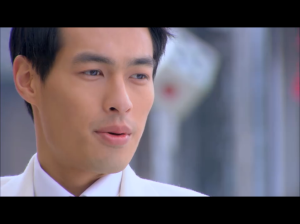 Jie Wen also so so handsome 🙂 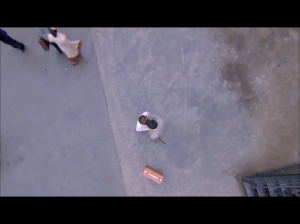 After that incident, Jie Wen decides to travel to the UK to get medical help for his blind eyes. He wanted to get it to protect Jiang Xing, and to be able to see her face. I feel like he struck gold because Jiang Xing is actually very pretty. It could have ended like this: 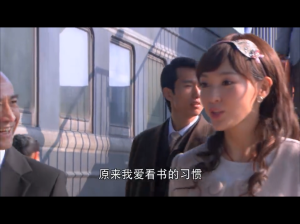 Remember the necklace that Jiang Xing had pawned? The pawnshop owner reached out to the Ye family, and turns out, Jiang Xing is the grand daughter of the richest man in Tian Jing. The kind hearted filial person always has good fortunes in these types of dramas. She goes to Tian Jing to go visit her maternal grandfather.

Papa Jiang really pulls at my heartstrings. Every time I see an elderly person take care of themselves all alone, I feel so sad, and I feel the obligation to help – especially the fact that I assume that all elderly people are kind and needing help (I feel like if I help a normal adult they’d be like GTFO).

So anyways, Jiang Xing and Xiao Han meet on the train ride there. Xiao Han broke out of jail by stabbing the man that raped her, and locking the officers inside the cell. Xiao Han went on the train in order to escape Shanghai in order not to be prosecuted – and conveniently the same one that Jiang Xing went into to go to her family. 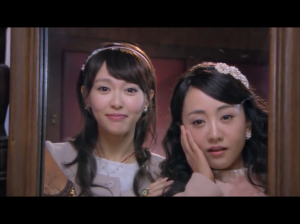 Jiang Xing being the biggest Mary Sue ever, looks past the fact that in the first episode that Xiao Han nearly gets her raped. She protects Xiao Han, and gets her to stay in her personal cabin. Not only that, she tells her all these details about her life, and that the only one’s that ever seen her as the grand daughter of the Ye family, is the man fetching her from Shanghai. You’re just asking to be plotted against at this point. 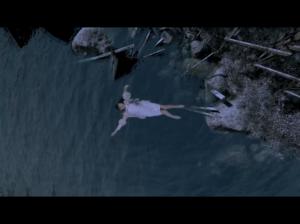 The train derails – because, drama. Jiang Xing was hanging from the train, grabbing ahold of Xiao Han’s hand. Xiao Han takes the necklace from Jiang Xing, and drops her.

Bai Lang’s men know that he cares about Jiang Xing a lot, so all along, they’ve had their eyes on her. They report to him that the train that she was on had derailed. Even though he wasn’t in a nearby place, he went to the medical camp that she was at, at a questionably quick speed. 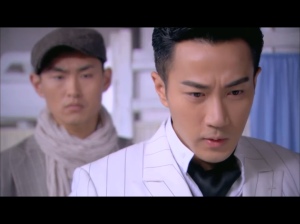 She lost all her memory and suffered from amnesia. 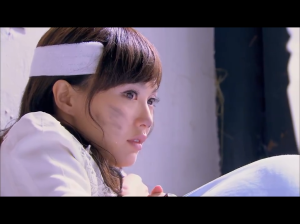 Well the doctors did a very good job at keeping her bangs in place while wrapping her head up.

And this scene was so cute and so heart melting. By now I’m 100% in love with Bai Lang, and he takes care of her in such ways. And you can see the struggle in his eyes when he tells her that she’s his fiancee, because it’s so far from the truth. 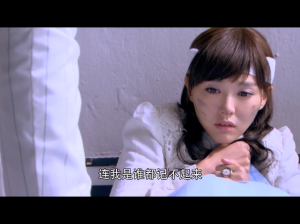 He picks her up to the car and this is such a cute scene (and such a set-up for us to fall more in love with Bai Lang). 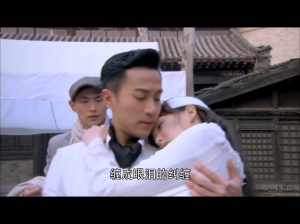 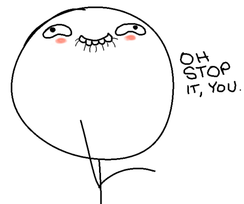 I am a sucker for these scenes, even though they’re so cheesy.

As for Xiao Han. She successfully makes it to the Ye family’s house. Grandpa Ye suspects her because of her lack of integrity and her suspicious behaviour, but the mom believes in entirely. From hereon, I’ll refer to her as Ye Xing, because that’s the new name that she takes on.

One thought on “千金女賊 Lady and the Liar EPISODE 3, 4 RECAP/REVIEW SYNOPSIS AND SUMMARY”