Imagine this: you’re in your last undergraduate university class, and your professor just assigned you one last group assignment that will determine whether you will graduate with first honours (with unconditional acceptance into a graduate Master’s or PhD degree) or whether you will fail and you’ll have to restart your four year degree.

The assignment is an easy – it’s literally just a five page paper on your major. But there’s one catch: the faculty dean’s son is in your group and you have to listen to what he says, and if you don’t, you’ll still fail your undergraduate degree.

And the dean’s son says, “Let’s do a video project”.

Everyone in the group says, “Wait, what? We only have to do an easy five-page assignment. This is the easiest thing we’ve been ever asked to do. A video project wasn’t even assigned.”

“A video project,” he insisted, “With a lot of star wipe transitions. With Katy Perry’s
‘Roar’ playing in the background”.

And all you could do was watch in horror, as everything that ever mattered to you and all you had worked for four years that could’ve been completed easily, be wrecked and ruined to the worst extent to the point of no return. 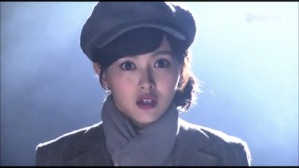 That’s how I feel about this drama. It feels like I’ve come such a long way and the producers decided to throw me such a big curve ball. These episodes were unbearable. And the upcoming episodes look unbearable. It’s like being in between a sea of needles and a firey hell. It started off so well. What happened?!

The episode starts back where it had ended, at the temple. Jiang Xin is asking the monk about her love life. Bai Lang takes out a bill and waves it behind Jiang Xin and continuously sticks bills in while the monk speaks in his favour. So, the monk is biased and tries to get Jiang Xin to pick Bai Lang.

…Which she promptly refutes his reasoning and refuses. Then WHY DID YOU EVEN ASK HIM IF YOU ALREADY HAD AN ANSWER?! If I felt unimpressed before, now I’m just agitated. 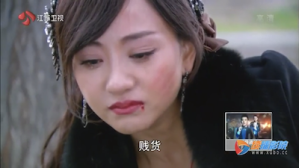 Meanwhile, Tang Hu realizes that Ye Xin has been adding in an antidote into Mama Ye’s medicine – so instead of poisoning Mama Ye slowly, she has actually been helping Mama Ye become more healthy.

He beats her up and threatens her to marry him, so he can inherit the estate as well. 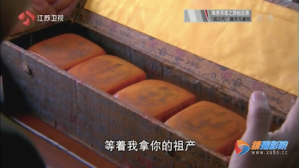 He also takes the estate to buy some high risk stocks. 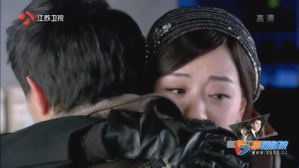 Ye Xin has a surprisingly nice scene with Jie Wen. Under the blackmailing pressure of Tang Hu, she asks Jie Wen to come out to comfort her. She obviously really likes him. She gives him the vague backstory of her life and he’s very comforting and supportive to her.

She asks, “If I changed, and became perfect, would you love me like how you love Jiang Xin?”

This tugged at my heart strings so much. You see that Ye Xin is just an insecure girl who knows her faults, and knows that she shouldn’t be doing what she’s doing. She knows she’s wrong, and she really just wants to be loved. It reminded me of a stage that we all go through in life where we just wish we were ‘perfect’ things would go perfectly, and maybe if we were ‘flawless’ with no faults that the person we love would love us back.

He says, “If I changed too, perhaps I would”. 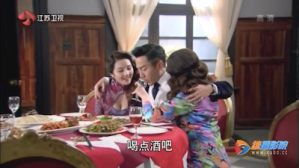 We see this next scene where the police commissioner takes Bai Lang out for dinner, and brings him two beautiful big breasted women to get over Jiang Xin.

Jiang Xin sees this, gets jealous, and sits down in front of him to dare him to continue to eat with the women by his side.

Feeling amused that she’s jealous, Bai Lang does what he’s told. Jiang Xin angrily storms out of the restaurant and Bai Lang chases after her.

Like COME ON. Jiang Xin does not have a right to be jealous at all. She’s the one that is all over Jie Wen at this point, and she needs to put herself back into her place. If you are going to commit to a relationship, then don’t be wishy-washy. Don’t be jealous and don’t storm out.

She spews out hateful words towards him again, breaks his heart. They’re always touting about how kind she is but honestly, to be so mean and say such poisonous things all the time, I feel like she really isn’t that great. She’s just as bad as Ye Xin in so many aspects.

Ye Xin lures Tang Hu into an abandoned barn close to the Bai family mansion – Tang Hu thinks he’s going to get laid. She slipped him some roofie-like drug and he becomes paralyzed. Then she burns him alive (which I think he deserved).

The next day both Jie Wen and Shi Tou are at the barn with the burnt corpse. Jie Wen is there because he’s a reporter, and Shi Tou is there because the barn is close to the Bai mansion and he needs to check out what’s going on. Jie Wen notices that the death of Tang Hu is suspicious and eerily similar to Papa Jiang’s. Shi Tou noticed that there were two pieces of evidence nearby – a knife that identifies the body as Tang Hu, and the lotus leaf coin necklace.

Shi Tou delivers the evidence to Bai Lang, and he noticed that the lotus leaf coin necklace was the same one that Jiang Xin had wore when he first met her. After investigating through Mr. Wang (the assistant to the Ye estate) and confirming through Jie Wen, they realize that Jiang Xin is the real Ye heiress, and Ye Xin’s real identity is a thief named Du Xiao Han.

Oh Mama Ye. She refuses to believe this when Bai Lang, Jie Wen, and Mr. Wang tell her of all this. There’s no solid evidence. Before she leaves, Bai Lang warns her that if this is true, Ye Xin is a murderer, and Mama Ye is in danger if she goes back. She still goes back. 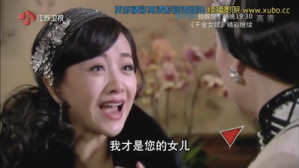 What the hell is she thinking then, to confront Ye Xin about her true identity? Bai Lang even warned her. Goddamn. 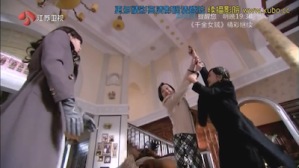 Bai Lang knows she’s in danger, sends people to look for her. 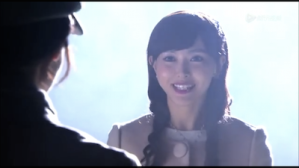 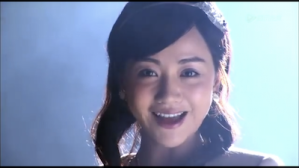 Jiang Xin regains her memory in the process of being held hostage. 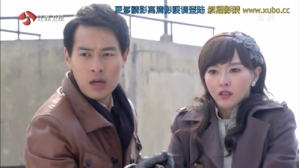 F*cking Jiang Xin shoots Bai Lang out of frustration and anger after she remembered everything. I thought she was ‘kind’, ‘good-hearted’, and ‘innocent’. What a load of crap. If she was truly a kind and sweet person she would not try to murder someone out of anger.

Don’t worry guise, because Episode 33 trailer shows that Bai Lang is alive and well. It appears that he doesn’t care about Jiang Xin anymore, and the Ye family. Good. You deserve something better, and Jiang Xin does not deserve your love. 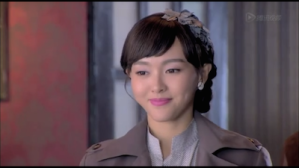 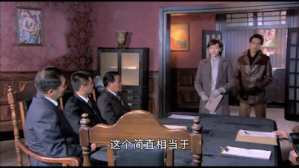 Remember how Tang Hu takes the 9 million dollar estate to buy stocks? Well now the Ye family has to pay it back, and Jiang Xin is figuring out how. If she can’t find the money she will go bankrupt.

Sigh… this drama. Imagine that the hockey team you were rooting for had a 10-0 lead during the playoff games, and proceeded to lose by 10-52 by half-time.

I can’t stop watching because I have a sliver of hope that my team will somehow bounce back but still… it looks complicated and unappealing from here on. Sigh I used to gush about this drama too )’: