I tried watching the Crossing Hero Episode 1 (超級大英雄) since Cruel Romance is ending in a few days and Love Weaves Through a Millennium just ended, and holy crap it was so bad. I’ve watched Jiro Wang since the beginning in his Hana Kimi days, but wow, now his plastic surgery has made him look so strange and plastic (not to mention that his circle lenses throughout the drama really annoy me). I really tried to like it so I could recap it but its corniness and cliche-ness was just so over the top that it wouldn’t even be funny to rant about. 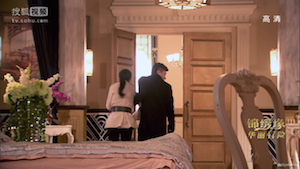 Ying Dong gets into Zuo Zhen’s mansion without getting caught, and frees Jin Xiu so she could leave. I’m actually so surprised that Zuo Zhen didn’t have eight guards watch over her, or watch over her personally since he’s so obsessed with her. 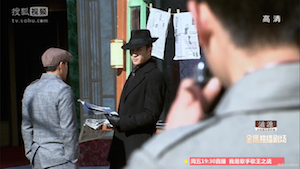 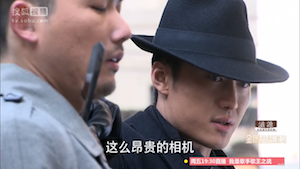 Meanwhile, a spy of the Patriotic Group was spying on Long Yi, and managed to snap a picture of him and his correspondent, Ji (his Japanese name started with Ji). He ends up killing the spy, but the camera with Long Yi and Ji’s pictures get lost. 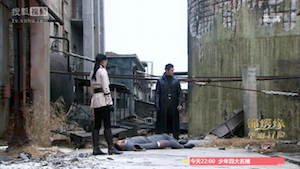 The Patriotic Group look for the correspondent Ji, and Jin Xiu and Ying Dong, being part of their group, joins them. Jin Xiu is about to get ambushed from the back, where suddenly Zuo Zhen suddenly shows up, kills Ji, and doesn’t say much, and leave.

He just showed up to fight a guy and left. It’s just so strange that he always knows where Jin Xiu is, and how he always comes out when she’s in danger. Makes you think if he went back to his hiding spot to monitor her some more, only to come out again when she’s about to get ambushed.

Anyways the Patriotic Group get some crucial information from Ji’s body: some important stuff is being delivered through a briefcase with a sakura flower on it. They never actually detail what the important thing is, but maybe we’ll find out in the next episode.

Long Yi goes to pick up his Andy Lau-lookalike teacher, when this Japanese lady shows up. She’s holding the sakura brief case.

Coincidentally when Xiao Lan is walking home through the market, she is stopped by this Japanese woman in an aggressive manner, just for bumping into her.

So conveniently Xiao Lan had bumped into the mean Japanese lady earlier, because she directs him correctly to this warehouse where they stored the important briefcase.

Zuo Zhen told the Patriotic Group leader that he’d help, but on two conditions: Zuo Zhen won’t command his men to go with him because he doesn’t feel right that he is making them go through such a dangerous mission while they all have their own families. Plus, it has nothing to do with the business of the triad.

Secondly, he demands that he goes in Jin Xiu’s place, so she would be safe.

As a result, he showed up to the warehouse alone which was completely unnecessary, because couldn’t he have just told his men about this mission, and whether they’d join is up to them. I mean, he wouldn’t be forcing them to join at all, as long as he makes it transparent that it’s up to them right? Showing up alone is just reckless and unnecessary. 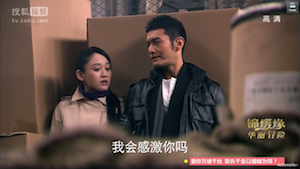 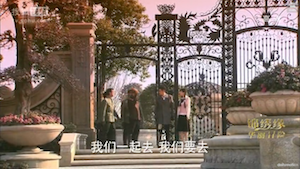 Secondly, even though he’s putting himself in danger mostly to protect Jin Xiu, Shi Hao the little sh*t head just tells Jin Xiu where and what the mission is, so she can show up to the warehouse, completely defeating Zuo Zhen’s original purpose.

Plus, Zuo Zhen’s men go to fight with him anyways, so leaving earlier was so unnecessary. They get Xiao Lan to take them to the warehouse.

After a whole prolonged fight scene, Jin Xiu and Zuo Zhen calmly and slowly walk out, when suddenly the angry Japanese lady (that we met earlier) decides to shoot every unimportant in the warehouse and hits Xiao Lan. 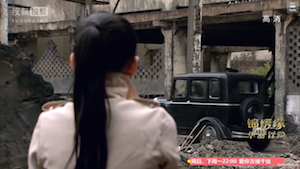 Jin Xiu shoots at the car that the Japanese woman escapes in, and manages to hit Long Yi.

Xiao Lan dies – it was a sad scene but they spent so much time on her talking. Am I being heartless? Maybe… but maybe her acting was just too unconvincing for me to get into the plot.

Since Jin Xiu saw how Zuo Zhen risked his life for her (like he has numerous times) she finally stopped with the dumb evasive questions and told him why she left him initially:

“You killed my parents”

He had a suspiciously calm reaction to that accusation, especially since it costed him his baby, numerous assassination attempts against him, and 2 years of searching of his wife. Like… I would think that he killed my family if he reacted like that to my accusation.

Jin Xiu told him that Jiu Shu and Long Yi told her.

He takes her into a developing photography studio. Turns out Zuo Zhen had found the missing camera that the Patriotic Spy snapped of Long Yi and Ji on the black market.

This picture proved to Jin Xiu that Long Yi was not just a business man, but a calculating Japanese soldier that was planning against the Chinese.

Ying Dong also confirmed it: he tells Jin Xiu that the day of Saint Mary Cathedral, it was actually him that took the locket away from her, not Long Yi. So Long Yi was lying.

Which I’m like: ok, so you didn’t exactly ask Jin Xiu why she was trying to assassinate her husband, aka your best friend? And if you did, you didn’t ask her how she knew that he killed her family? You spent an entire year with her, and you didn’t figure out her rationale for accusing your best friend until now?!

Somehow after all that both Ying Dong and Jin Xiu both have the audacity to unabashedly declare war and revenge against Long Yi.

Guys if you actually executed a sliver of common sense, there would not be revenge ok?

Meanwhile Long Yi is going crazy, taking it out on Ming Zhu, because Jin Xiu had fired a shot at him. Long Yi is still disillusioned that Jin Xiu is his old lover, Yang Zi. 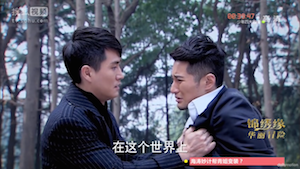 We had a way too long scene of Tang Hai mourning.

It’s not that I’m not feeling bad for the guy, but I mean the producers cut out so much, and you’re telling me we got time for this?! 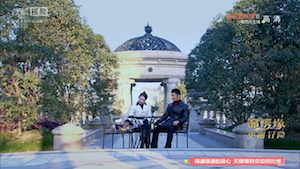 Jin Xiu and Zuo Zhen finally talk about her ‘mistake’.

All she says is “Oh I’ve been so wrong” and he says, “Well, I was wrong too, I wasn’t completely honest with you”, which I was like bro, you didn’t even know what you were being accused of, how could you possibly explain yourself?

It’s like asking a defendant in a lawsuit to defend themselves without disclosing the charges.

They really merely glide over this ‘mistake’ and don’t really talk much about it. They’re really both too calm from this mistake after losing so much but…

Wait what was I saying? This is the best part. Of the entire drama. 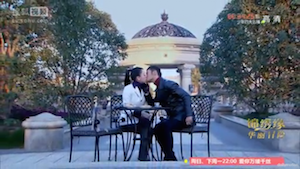 All is forgiven after a few close up shots of my dear puppy, except that he clearly wants to jump off that chair when Zuo Zhen and Jin Xiu engage in a really intimate and awkward kiss in front of him. 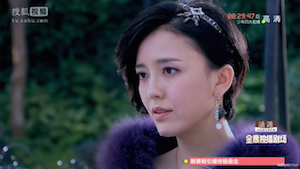 Ying Dong quits the Patriotic Group, reasoning being that he only joined for Jin Xiu, and now that Jin Xiu is back with Zuo Zhen, he reunited with his family.

Meanwhile, Long Yi’s teacher finds out that Jin Xiu isn’t dead, and takes it upon himself to go kill her.

Jin Xiu is outside offering rice to the poor people of Shanghai, because rice prices have inflated and shot up so much.

2) Side swept bangs with bun: Wife, a woman, sophisticated

3) Hair in pony tail: Part of the Patriotic Group, full of hate, masculine, and athletic

It’s so damn obvious with their costume design that it actually has the complete opposite effect, where it takes away from her dynamic and developing character…

While people are waiting in line for their rice, a man dressed like Long Yi walk by, and lures Zuo Zhen and his men to city centre, while Long Yi’s teacher slowly walk towards  Jin Xiu.

The producers of this drama have obviously never been in a line up in Asia, because if you walk towards the front of the line at any point, all of the people in the line will protest and will end your life because they will assume that you are budging.

Jin Xiu was captured by the teacher, but she wakes up to seeing Long Yi.

Now, the drama cut out the part where Long Yi takes out his teacher – which would’ve been so good to watch, but somehow they thought that it was more important to broadcast Tang Hai’s mourning over a third-line character, but drama. 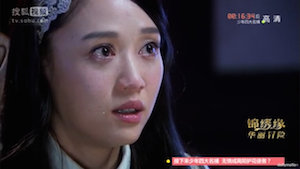 Long Yi admits to killing Ji Xiu’s family in front of her, and she starts crying in fear.