When I first saw the poster for this drama, I was ecstatic. Jerry Yan was in the first drama that I’ve ever watched (Meteor Garden) and I’ve been so in love with him since. The last drama I’ve watched with him was Down With Love with Ella Chen, and he was so adorable in it that I thought that I would love this drama equally…

Pretty much, this is a drama in the fashion industry. Fu FangSi is a fashion designer, and she’s very strong headed and non-accommodating.

Like, normally, even though female leads have exaggerated personalities, her personality is very unlikeable. Yeah, yeah, you’re career-driven, and yeah, that’s all you care about, but man, do you have to be such an unlikeable person about it? I like female leads that I would like to be friends with or something, but watching her interact with other people is excruciatingly painful – like watching your unlikeable but competent coworker interact with other people, and wonder why people ever deal with her bullcrap.

The female lead is quite pretty, but it’s only that her character is made out to be so unreasonable on the basis of ‘fashion is her passion’ that makes me dislike her.

Anyways, Fu Fang Si is the the ex-girlfriend of Li Tang (played by Jerry Yan) because she was ‘chasing her dreams’ to become a fashion designer.

Model Mi Lu is in this drama as well. She played Princess Gao Yang in Empress of China and I thought she was absolutely stunning in the drama. I guess for some actresses they look more beautiful in the feudal style, because her modern look isn’t as pretty as before. I think she’s a pretty good actress, considering that she’s switched over from modelling.

I don’t mean to be shallow, but doesn’t her face look a bit… swollen? Don’t get me wrong, she’s still gorgeous. Maybe it’s because of all her other features that make her face look a little round.

Mi Lu plays Cheng Xiao Nan, and is the current girlfriend of Li Tang. She’s the antagonist of the drama, and she’s always finding ways to try to be mean to Fu Fang Si.

I feel like Jerry Yan has the same character over and over again in his dramas – it’s the same abrasive rude rich character that’s never had someone stand up to him before, and finally falls in love with the girl that will put him in his place. It’s all the same typical character and storyline with him… which I’m ok with, because honestly, aren’t all dramas around the same? But it’s just that this time around, his character is too immature that it’s no longer acceptable or attractive.

And yeah, I know I know, he’s supposed to be in the fashion industry, but Jerry Yan can’t pull off a snapback cap and ridiculous clothes anymore. When I see his skinny jeans and huge sneakers/scarves, it really doesn’t suit his style anymore. I guess even though we don’t notice it as much, he has aged. I mean, he’s 38 years old this year. He really can’t pull off the ‘street’ style anymore.

I wish he would cut his hair too. It’s just not in style to have it as long anymore. I mean, I understand that his bangs are part of his charm but maybe cut it, just a tad, like this:

I feel like that it looks a lot more masculine and more modern.

My second gripe about Jerry Yan is his colored contact lenses!!!

I don’t know why I notice colored contacts so much, but they look pretty out of place. I mean you’re already so good looking, Jerry, why must you try to enhance your looks in this way?! 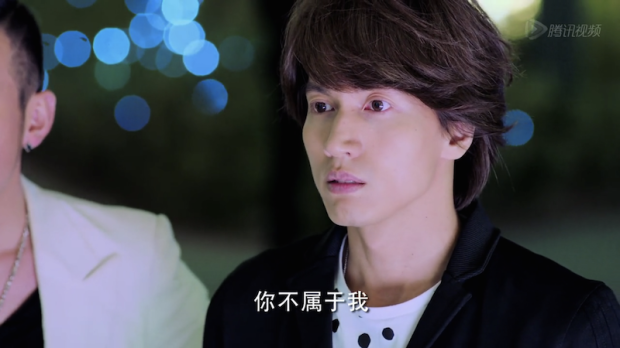 I think they’re circle lenses as well… can you see them? It bugs me so much, because it makes his eyes look so lifeless. ARGH why Jerry?! 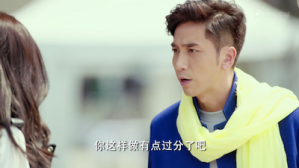 Lastly, there is Ron Ng – a TVB actor that I never really liked before but this drama makes him look really attractive and put together. I think Mainland dramas make stars look more attractive than they are, because look at Bosco… I never liked him, but man he was so hot in Destined to Love You.

Anyways, even though I was desiring for something to watch for a long time, and a drama to follow, I couldn’t watch this one… I was really bored. I have this thing about modern day dramas – it just seems like all their problems were very unimportant self-made things. It’s like following somebody’s dramas in highschool. This girl isn’t over her ex, and her ex isn’t over her, but they have respective partners now but they all still have occurrences that make them desire to get back together. It’s something that could be inserted into a bigger picture, but it’s not enough to hold up a plot of a drama. I guess this is why I’m more drawn to feudal olden day dramas because it’s like ‘yo, there’s a war between Qi and Zhou’ instead of ‘I just bumped into my rich ex and he has a model girlfriend’.

Long story short, I couldn’t continue watching this because I was so damn bored, and Jerry Yan couldn’t pull off rich spoiled child anymore like he did 10 years ago with Meteor Garden. I watched up to around episode 10 before dropping it.

Anyways I started on Yun Zhong Ge, Song in the Clouds with Angelababy. Looks pretty good so far so I’m excited to recap it 😀