I’m all caught up on the drama now (as of right now, 16 episodes are out) and I’m looking to summarize 5-16 in the best and most concise way possible… But honestly at Episode 16 I’m really bored, and I’m only continuing the drama just to figure out what the f*ck really happened, and for Qin Mo to regain his memories as Chen Bin.

Sigh it really seems like Hawick just accepted a bunch of dramas this year, and didn’t consider the plotlines because this drama is so laggy and such a dud so far. Yes, the little kid and Hawick are both so cute and so good to look at, but here’s the spoiler: we don’t move on from each point fast enough. Honestly, not much has happened in the next 10 episodes, except just re-establish our characters with their traits (like events emphasizing Yan Song’s kindness, Su Qi’s manipulation, and Qin Mo’s sweetness). I am so bored with this drama, I’m going to merely touch on the highlights and add some commentary.

Yan Song lives up to her promise, and does a DNA-testing with Yan Lang and Lin Qiao to prove that they are not related. 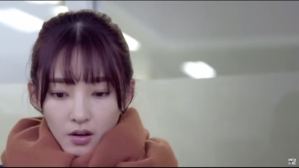 Except… the report shows that they are related!!! WTF.

And I’m just saying, whoever is the costume designer for this drama needs to get shot. Look at that outfit. What is she thinking with that hat. And that necklace? 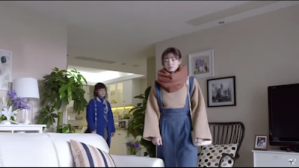 This scene really tugged at my heartstrings, and really shows how good of a little actor Yan Lang is. He was found crying outside his apartment, because he doesn’t want change in his life. Understandably, he’s stressed out that Lin Qiao is going to be his ‘new father’. 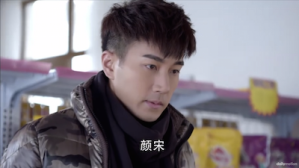 Qin Mo goes to find Yan Song to apologize for the way that he’s acted with her all along, acknowledging that he must have scared her. He also reveals that he was tempted to take Yan Lang to do the DNA testing as well, but he didn’t, and still apologized for it. Yan Song was very impressed that he apologized for something that he didn’t even do.

Meanwhile, Yan Song gets bothered by the paparazzi, after it was revealed that Yan Lang was Lin Qiao’s son. Apparently Lin Qiao is some really famous rich guy’s son – I always thought that he was just a very good-looking doctor, but no, he’s so famous that he’s newsworthy. 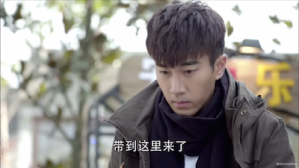 Scared by the paparazzi, our dear Yan Lang cutely whips out his little car-phone, and calls Qin Mo. Qin Mo, unemployed and obviously had nothing better to do, arrives immediately to console our little Yan Lang at the pet store. 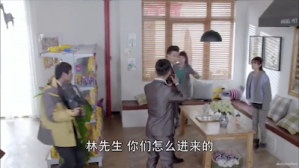 The paparazzi manage follow Yan Song and Yan Lang to the pet store. Lin Qiao shows up as well, and Yan Song yells at him for complicating her life. 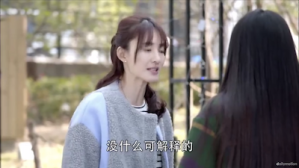 The paparazzi become so overbearing that they scare Yan Lang onto the streets, and he almost gets ran over by a car except our dear Qin Mo jumps out and saves him with no regard for his own life. 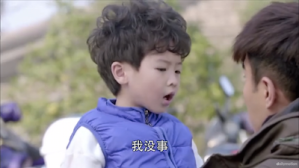 Yan Lang was ok, but Qin Mo suffered from a gravel burn on his side. 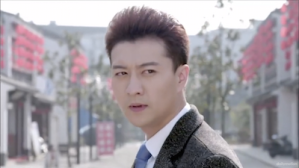 Yan Song angrily yells at Lin Qiao for all the drama that he’s caused in her life, and to tells that Yan Lang is not his son, and for him to leave her alone.

Yan Song is grateful for Qin Mo’s actions, and invites him over to take care of his injuries. 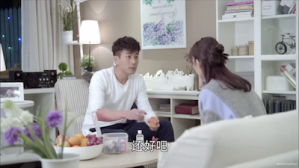 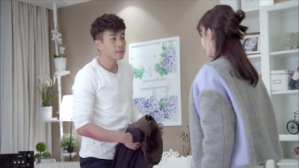 She helps him takes care of his burns and he reacts the with the cutest “I’m-in-love” googly eyes. I bet Hawick looks at Yang Mi with those same cute eyes *__* heh.

Yan Song invites Qin Mo to sleep over on the couch that night, because Yan Lang feels safe with him around.

Ok seriously, she’s met Qin Mo for a month, he could be a freaken ex-convict for all she knows. 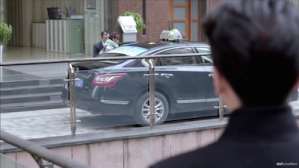 Su Qi gives Yan Song money to leave the country. She convinces Yan Song by telling her that Lin Qiao is suing for custody of Yan Lang, and will probably win because of the amount of money he has, and that he is the biological father of the child.

Yan Song’s departure is conveniently witnessed by Lin Qiao’s lawyer friend (who’s name I could not seem to catch).

THEREFORE, Lin Qiao manages to catch Yan Song on her way to the airport, and stops her to confront her in this very overdramatic style.

Yan Lang whips out his little car-phone again, and calls Qin Mo and tells him to come ASAP. Qin Mo, with seriously nothing to do all the time, picks up the phone and makes his way there ASAP. 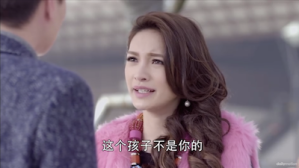 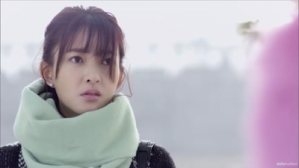 In the most drama-esque way possible, Su Qi shows up to this confrontation (seriously, these rich people have nothing better to do than to confront each other) and overhears Lin Qiao offering to postpone the wedding for Yan Song. 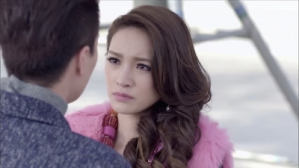 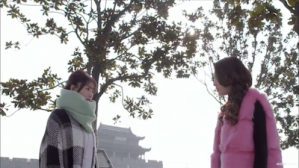 Being incredibly angry, she blurts out the truth: the reports are fake. Lin Qiao is not the father.

Are you as confused as I am on why she would do that? Following the number one universal rule of dramas is that characters do not operate by logic, but instead in a way to create more drama as possible to reach their goal.

Su Qi created the illusion that Lin Qiao is the father because she knew his personality and that he would use legal action to pursue Yan Lang. She then uses this knowledge to convince Yan Song that Lin Qiao will probably win the lawsuit, and convinces Yan Song to leave the country completely. 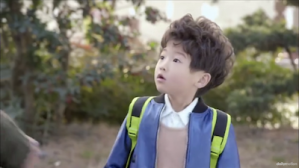 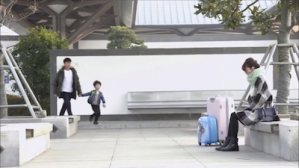 Meanwhile, Yan Song, after all that confrontation, sits alone and upset. Lin Qiao and Su Qi are gone after all the commotion. And Qin Mo arrives to meet up with Yan Lang.

I’ve never been a mother before, and I don’t mean to pass judgement, but should mothers pay more attention to their six year olds? Yan Lang literally just called a man that he’s met for only a month to meet up with him without her knowledge. Seriously, the endings will be different if this was not an episode of The Double Life of Veronique, but an episode of Criminal Minds on CTV. 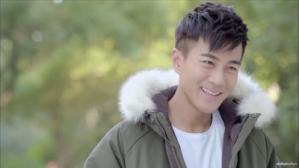 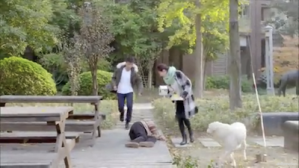 On their way home, outside Yan Song’s house, Yan Song finds her landlord fainted outside the building. Yan Song and Qin Mo take her to the hospital.

Qin Mo stays with the landlord while Yan Song brings him food. Yan Song is notorious for making very gross food, but Qin Mo happily eats it. This scene was so cute because Qin Mo was making the same “I’m So In Love”-googly eyes again. 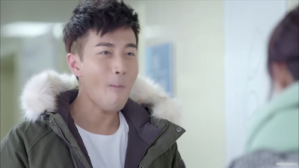 The very cute Yan Lang asks him how it tastes, and Qin Mo says that it’s very delicious.

Yan Lang responds with “Oh my!!! In order to get with my mom, you’re actually lying through your teeth!” 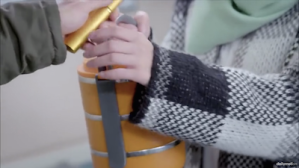 The next day, Qin Mo returns the tupperware, washed and all. I know that this doesn’t really add to the plot, but it was just such a cute scene, and such a cute gesture by Qin Mo that I had to add it in. 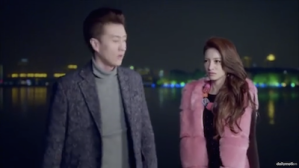 Su Qi confronts Lin Qiao for not responding her calls. She apologizes profusely for faking the reports, but…

LIN QIAO BREAKS UP WITH HER.

At this point, I know Su Qi is antagonized and all as the bad guy, but seriously, Lin Qiao is the worst person ever.

Sometimes bad guys bring out the bad in every girl, ok? Don’t worry Su Qi, I feel you. I wish that she would move on – she is pretty, young, and rich. Lin Qiao walked out on her during a wedding once, refuses to marry her for the longest time, cheated on her, and now pulling all this shit on her. GIRL YOU CAN DO SO MUCH BETTER. C’MON. YOU CAN MOVE ON. 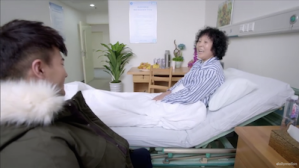 The landlord thanks Qin Mo for saving her and offers to rent him a room for very cheap. Where, you ask? Obviously at Yan Song’s place. O B V I O U S L Y.

Meanwhile Ou Yang Tang is afraid, because President Chen is awake. Ou Yang Tang holds a very high and prestigious position at Ju Yi, and that position could get knocked down a few notches from President Chen’s state of being able to lead the company again. 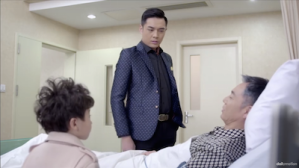 Our little Yan Lang manages to find his way to President Chen’s room (Yan Lang is in the hospital because Yan Song is there for the landlord) and chats up President Chen.

Ou Yang Tang walks in on them, and gets annoyed by this kid, but gets stunned by the appearance of Yan Song. 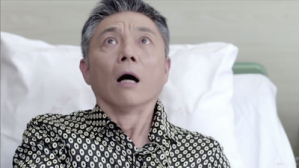 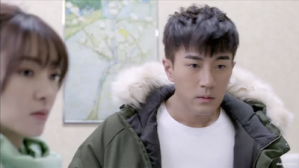 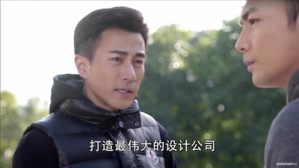 Anyways, we find out what the evil Ou Yang Tang is hiding. Turns out, Qin Mo (who is really Chen Bin) was best friends with him and had actually gotten him into Ju Yi. BUT Ou Yang Tang and Chen Bi had some disagreements with the direction of the company, and when they were arguing during their run, Ou Yang Tang had accidentally knocked Chen Bin down the hill.

Chen Bin had bumped his head, and Ou Yang Tang decided to run, leaving Chen Bin unconscious. Chen Bin wakes up from his injuries, and manages to make it onto the street before succumbing into a coma.

Episode 8 ends with Qin Mo officially moving into Yan Song’s apartment, and making her food all the time.

Sigh I wish I lived in a world where Qin Mo was a real guy in my life that would make me delicious foods. I also wish that I could live in a world where I could eat whatever I want and not gain a single pound of fat.