THIS IS THE WORST DRAMA I HAVE EVER WATCHED

I am officially going to blacklist Hawick from all of my to-watch drama lists. Other than Lady and the Liar, ALL of his other dramas have been complete crap this year: The Double Life of Veronique, Master of Destiny, You are My Sister, and The Cage of Love. Seriously, he’s become the Nicolas Cage of dramas, and he’s not actually being selective with his scripts. We see him everywhere, yeah, so he’s getting really good exposure, except that his drama plotlines are such crap. He’s a very good actor and he’s very good looking, but he’s managed to really pick the worse dramas and become the king of male leads of bad dramas.

Under my thorough analysis, I realize what the common denomination is. The conflict in the drama isn’t really a real conflict. For example, really, do we need to see 10 episodes of Yan Song being annoyed af and being wishy-washy towards who she loves, and do we really need to see two guys fight over a girl for that long? Unless you add something else to spice it up, I really cannot give less f*cks about it. This holds true for the other dramas that he’s in too – the conflict is not really there. I’m a pretty decisive person, so when the whole drama is pretty much based on someone’s indecision and lack of conviction, I’m really unimpressed.

If you’re looking for more detailed recaps like before on this drama I apologize… I really could not sit through the dialogue any further and spend 43 minutes per episode to catch up on something with no content. I skimmed through it (and I’m so glad that I did, because literally nothing important happened until episode 22-26). Nope, the cute child couldn’t save it. Hawick couldn’t save it. This was just a really boring drama. Can you believe that we’re only halfway through it?! 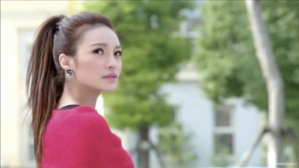 To fill certain readers in, I’m just going to do purely highlights because I skimmed through these episodes. I still want to know how it plays out, so I’m probably going to skim through 27-50 too but I wouldn’t sit down and watch this drama in its entirety if I were you, unless you were looking to watch a bunch of self-proclaimed adults try to deal with some nonexistent problem and conflict when it really comes down to their ability to reason with logic. 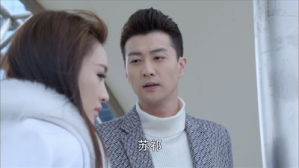 I just saved all of y’all 10 hours in a few points. I probably missed some minor things here and there, but nothing that is too important to the plot.

Ok Qin Mo regains all of his memory and realizes that he’s Chen Bin. He doesn’t go find Uncle Chang immediately, which kind of makes sense, because if you realize your parents are gone, your wife is gone, you’re more likely to mourn instead of finding the next of kin to help you back into your identity I guess.

The kicker for me that I have to rant about is that turns out Qin Mo/Chen Bin’s memory was of Shen Luo, WHICH IS, Yan Song’s twin. Yan Lang, is Shen Luo and Chen Bin’s baby that had been passed on for Yan Song to raise (my original predictions were spot on, I should consider becoming a TV writer since I’d be so good at writing predictable plotlines).

OK so I am questioning the intelligence of Yan Song at this point. LOL. Like, when Qin Mo initially approached her saying that “You were in my memories, we were always together, we’re married”, and she said “Oh, that’s another person”, how did she NOT put two and two together.

First of all, if someone says that they see YOU in their memories, and you know it’s not you, but you have an identical twin sister, IS THAT NOT THE FIRST CONCLUSION THAT YOU WOULD JUMP TO? Secondly, she actually SAW a picture of her twin sister 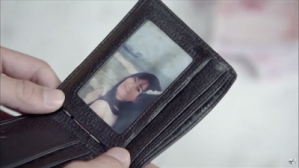 HOW DO YOU NOT RECOGNIZE YOUR OWN SISTER. OR YOUR OWN FACE, AND CONCLUDE THAT, OH, SINCE THAT IS NOT ME, THAT MUST BE SOMEONE THAT LOOKS EXACTLY LIKE ME. OH MAYBE, SINCE I HAVE A TWIN SISTER THAT LOOKS IDENTICAL TO ME, IT’S HER HUSBAND THAT I’VE NEVER MET (BUT I KNOW EXISTS).

JFC I cannot even with this drama at this point. It would make so much more sense if Yan Song didn’t know that she had a twin sister all along or something, but nope. NOPE.

Anyways, Chen Bin/Qin Mo remembers everything at Episode 26 (if you’re watching this, skip the in between and start at 21 because that’s when things get interesting) and Uncle Chang (or Executive Chang, as I referred to him before), gets murdered when he gets hit by a car JUST right when he found Chen Bin.

So… now what? Well, Chen Bin is probably going to try to get everything back from Ou Yang Tang, and there’s going to be some residual love square between Su Qi, Lin Qiao, Chen Bin, and Yan Song. I’m probably going to wait to watch it and skim through it when I have time so I can get some closure on the plot. The plotline is pretty typical, and we’re probably going to have a happy ending anyways.

Sigh I had such high hopes for this drama at the beginning too.