HOME STRETCH. A few more episodes of recapping. We are almost done. Again, the recaps for this will be brief because I’m not enjoying this drama so much, and I don’t really want to rant about it anymore… So I’ll just purely just highlight and summarize what happened.

Xiang Xiang and Gong Min are back together, and we have to endure clip after clip of them doing mundane dating stuff that’s really not that interesting.

Meanwhile, Wang Meng mourns over his mother’s death, and becomes closer to Ying Yue. Ying Yue has forgiven him for what he’s done to Gong Min.

Na Na compliments Xiang Xiang on her acting improvement, which was a really big thing since Na Na is a very renowned actress.

Tian Xiu broke up with his girlfriend, and Jing Jie and Xiao Nan are through the roof with happiness.

Blah we have to endure more boring ‘cute’ scenes. Seriously I didn’t realize Zheng Shuang’s acting was so bad until I had to skim through these awkward scenes of trying to be cute and in love with Gong Min. 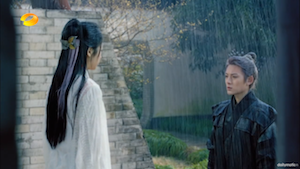 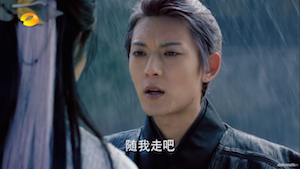 Before going to exile, Wang Meng asks Ying Yue to go with him, and be with him forever.

He’s always loved her, and he wanted to be with her.

Also, the origin of her purple hair is still unexplained. 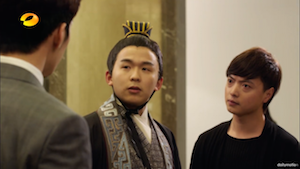 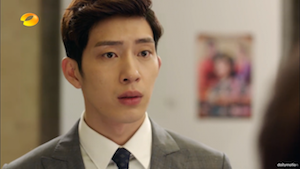 Gong Min realizes Wang Meng was going to be assassinated and killed off by the Wang family, because they were afraid of him coming back and getting revenge. 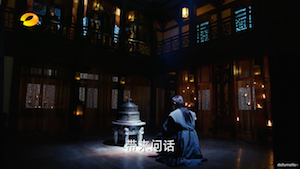 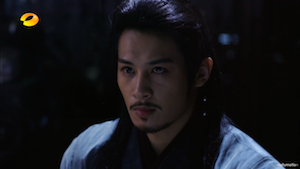 They send Zi Xiu to finish Wang Meng off.

Also, Zi Xiu is wearing only one circle lense in his right eye. Wtf. 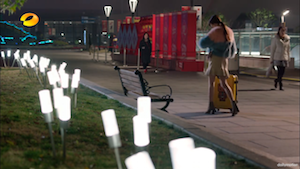 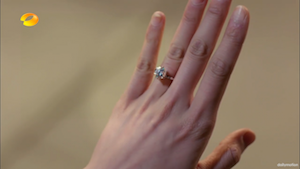 Originally, Xiang Xiang and Gong Min were going to meet up at the train station to go tell her father that they’re married.

Since Gong Min was too busy going back in time to save Wang Meng, he misses her calls from him, and she ends up waiting outside for hours.

Gong Min tells Wang Meng that he can see into the future and that Wang Meng’s going to die. He asks Wang Meng to leave, and that he’s already told Ying Yue to meet him in the forrest (so they could leave together).

Turns out Zi Xiu was following Ying Yue, and he took it as an opportune moment to try to kill her for many reasons – mostly because she was associated with Gong Min and Wang Meng, and he was ordered to kill both of them. 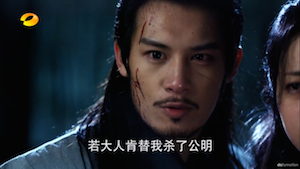 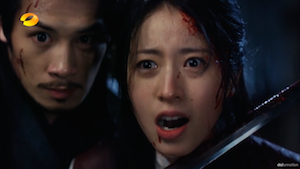 Meanwhile, Zi Xiu is suspiciously still wearing only one circle lens in his eye.

Gong Min finds that his jade has turned black.

It still kinda works – he takes the risk to stab himself to try to travel 2000 years to the present, and sees Xiang Xiang briefly, only to vanish back. Except he vanishes back in his suit, which is weird – because he once said that he can’t bring anything back from the present right? He should be naked ;).

But anyways, the black jade doesn’t work because apparently Ying Yue is dead, and the person that wished for his safety through death is gone, and since that thought is gone, the mechanism doesn’t work anymore.

Or… even the jade is sick of your shit, Gong Min. 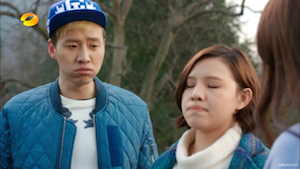 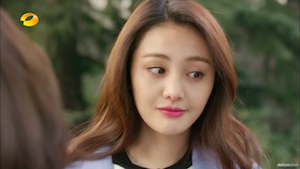 Gong Min is gone again, and Xiang Xiang waits around for him for days, waiting for him to show up… but he doesn’t. 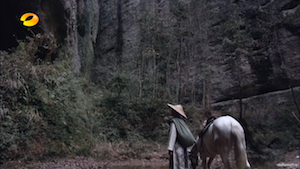 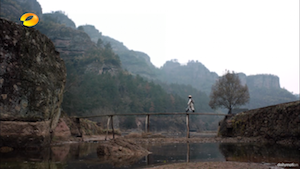 Gong Min looks for the monk that gave out the jade in order to try to replicate its results, but is unsuccessful. 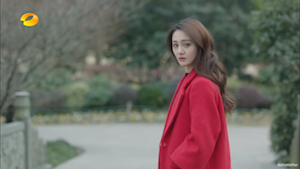 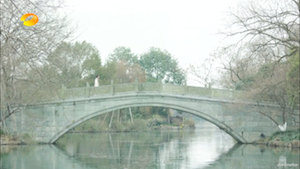 Meanwhile, in the preview, apparently Gong Min breaks the jade, and they both forget everything.

PLEASE PRODUCERS, PLEASE PUT AN END TO THIS COMPLICATION!!!